Hello.  Today’s show marked three full years of airing a show about New Orleans music in a town over 2200 miles away from the Crescent City.  My thanks to community radio station KAOS and its listeners and supporters for letting me do this show. 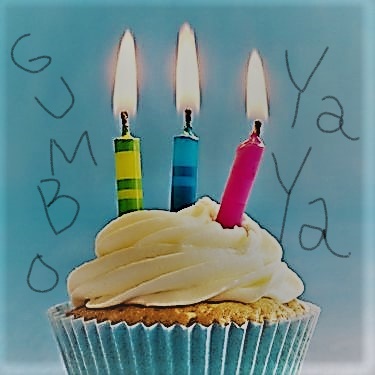 The show kicks off with Theryl “Houseman” Declouet with his infamous introduction regarding the third world status of New Orleans at a Galactic concert and flows quickly into Shamarr Allen’s “Party All Night.”  Al Hirt takes a turn and so does patron saint of this website and the show, Ernie K-Doe, with his classic “A Certain Girl.”  Who is she? Can’t tell ya.  I have reggae and hornpipes, jazz and blues and an amazing live airing of the Radiator’s 7 Devils from the 2006 New Orleans Jazz and Heritage Festival.  It was that concert that cinched the deal for me that I would be coming back to New Orleans as often as I could.

This week’s show starts with the Young Tuxedo Brass Band in honor of Walter Payton, father of trumpeter Nicholas Payton and the sousaphone player for that storied New Orleans band.

I then take a twist toward more contemporary music with Quintron and Miss Pussycat, Sneaky Pete, Jello Biafra and the New Orleans Raunch and Soul All Stars, Helen Gillet and the Dirty Bourbon River Show. I then head back into R&B, including playing High Blood Pressure from the Huey “Piano” Smith album I bought in Ballard last weekend and another round of brass bands.  I mixed tracks from new releases by Benny Turner, Naughty Professor and Stanton Moore. The show, as edited below, finishes with Cowboy Mouth’s relationship dirge “Broken Up.”  Enjoy!

Today would be Cosimo Matassa’s 91st birthday. While not a professional musician, it would be difficult to imagine New Orleans music history without his J&M studio on Rampart Street, and later on Governor Nichols, where Fats Domino, Little Richard, Lee Dorsey, and hundreds of others cut their original R&B classics.  Here’s a bit about him from this blog.

Because of all this northwest rain, I’ve been feeling blue so I pursued my version of retail therapy. This means cruising the Louisiana Music Factory’s website and backfilling on some serious gaps in my collection. So listen for Charmaine Neville, Kirk Joseph and some surprises from the Orleans Record compilation.

I’ve been busy with other non-radio projects the last few months but I’ll be posting new content soon. Thanks for reading and don’t forget to listen as well.  Love you.

I use this blog as way to prepare for my radio show on the Olympia community radio station, KAOS. Here’s some of the things I learned this year.

Fascinated by the role of the piano in New Orleans, I started a series on New Orleans piano players that now includes James Booker, Allen Toussaint, Professor Longhair, Tuts Washington,  and Dr. John. (More to follow).

During the carnival season, I explored the traditions and music of Black Indians of Mardi Gras .  That story led me to write about the importance of African American musicans from New Orleans in creating rock n’ roll.  I followed that up with Fats Domino and the role his performances played in getting black and white audiences to dance to the same beat.

My entry on New Orleans women in music resulted in one of my favorite radio shows of the year and helped me grow my knowledge of New Orleans music and the many wonderful women who create it.

I chose my Valentines show to dive into the history of the often recorded “Careless Love.”  Later I looked into the history of another New Orleans standard,  L’il Liza Jane. I also tracked down  songs about “sugar” which, as you’ll find, really are not about sweet granules.  I  also explored the Afro-Cuban connection or what Jelly Roll Morton called the “Spanish Tinge.” (Last year, I wrote an entry on the classic and checkered history of St. James Infirmary.)

As you might expect, I have several entries on New Orleans institutions, including the New Orleans Jazz and Heritage Festival, Preservation Hall, the jazz funeral,  the Freret Street Festival, French Quarter Festival, and the end of smoking in New Orleans nightclubs.

Drawing on my April trip to New Orleans, I wrote about the magnetic pull of New Orleans to young musicians of all genres. I  also shared my experience of touring the currently closed Dew Drop Inn with the grandson of its founder.

The 10-year anniversary of Hurricane Katrina inspired a couple of entries, including this one that chronicled the activities of some of New Orleans better known musicians. This entry also has links to my two radio shows honoring that anniversary with music and excerpts from Spike Lee’s documentary.

And I finished off the year, as I did last year, with a short catalog of the 2015 New Orleans music releases featured on my show.  Part 1.  Part 2.

I often explain my radio show’s place in the KAOS world music line up as offering music from the most international cities in our country: New Orleans. And this week’s show provides lots of examples.

I’m not alone in my assessment of the city’s international flair. New Orleans is routinely described as the northernmost Caribbean city. I’ve also heard it described as the most African city in the U.S.

New Orleans affinity to the Caribbean dates back to the Haitian revolution in the early 1800’s which generated an influx of French-speaking whites and free people of color into the city along with their slaves.

As a southern port, New Orleans experienced daily inbound traffic from all over the world, but particularly the Caribbean and Central America. The New Orleans Cuban connection was fueled twice daily by ferry departures and arrivals from Havana.

Tresillo and habanero rhythms are apparent in the jazz and brass band music of New Orleans, notably second line parade songs. Jelly Roll Morton referred to this as the “Spanish tinge” which can be heard in his “New Orleans Blues.”  However, I think he would have been more accurate to have called it the Afro-Cuban Tinge.

In Professor Longhair’s “Mardi Gras in New Orleans,” you can hear the Cuban Clave rhythm in his piano playing. Henry Byrd (Longhair) described his style as incorporating rumba, mambo and Calypso.

And while its relatively easy to find Caribbean influences in New Orleans rhythm and blues, its not as well known that the cultural exchange went both ways.  Fats Domino, Smiley Lewis and other New Orleans R&B artists were routinely played in Jamaican street parties influencing the development of Ska.

And the free trade of rhythm continues in the post-Katrina era with an active Brazilian community contributing Samba, Forro’ and other beats to the ever evolving gumbo that is New Orleans music.

In this show. you’ll be hearing those rhythms, including Brazilian-New Orleans music. I also will be honoring the anniversary of Jelly Roll Morton’s birthday. (Show originally broadcast live on October 19.  2015.) Listen to the latest show.