This weekend, the Mardi Gras parade season heats up so I start today’s show with like-themed music.  In fact, the opening Cowboy Mouth song kicks ass.  But this show was more inspired by the recent State of Union address.  Go ahead and get it started and read on.

Earlier this week, I was put off by the President’s State of the Union remarks about immigration. In particular, comments that used a very broad brush to suggest that all immigrants are gangsters.  I’m so glad Trump wasn’t in charge of immigration when my great grandparents immigrated from Cork, Ireland.  News reports of Irish thugs and gangs in New York during the mid-19th Century might be considered threatening enough to block Irish immigration under his standards. 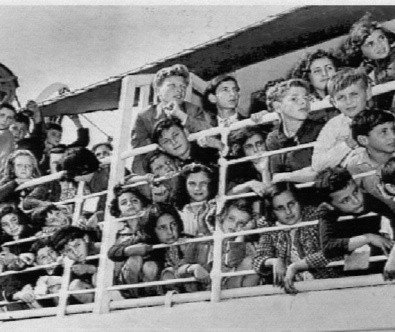 New Orleans music is very much a melting pot of cultures. Today being the first day of February, African American month, I’ll start with the role of slaves and their descendants in creating jazz, blues, funk and every other kind of music I love and listen to.  Nicholas Payton’s “Jazz is a Four-Letter Word” says its better. “All of this exemplifies the genius of Black creation.”  Definitely hang in for his eight-minute wonder later in the show..

The migration of French-speakers from Acadia (political refugees who refused to pledge loyalty to the English King) to southern Louisiana gave us Cajun culture.  Listen for the three-song set on Cajun music.

Haitian refugees, Cubans, Central Americans who helped rebuild the city after Katrina and musicians from all over the world continue to stir the Gumbo Ya Ya pot. And this show has a taste of all that and some.

I even play Davis Rogan’s allegorical song about New Orleans newcomers which argues that unless we’re Native Americans, we’re all immigrants.

I hope you enjoy the show and consider subscribing to be alerted when I post new shows.