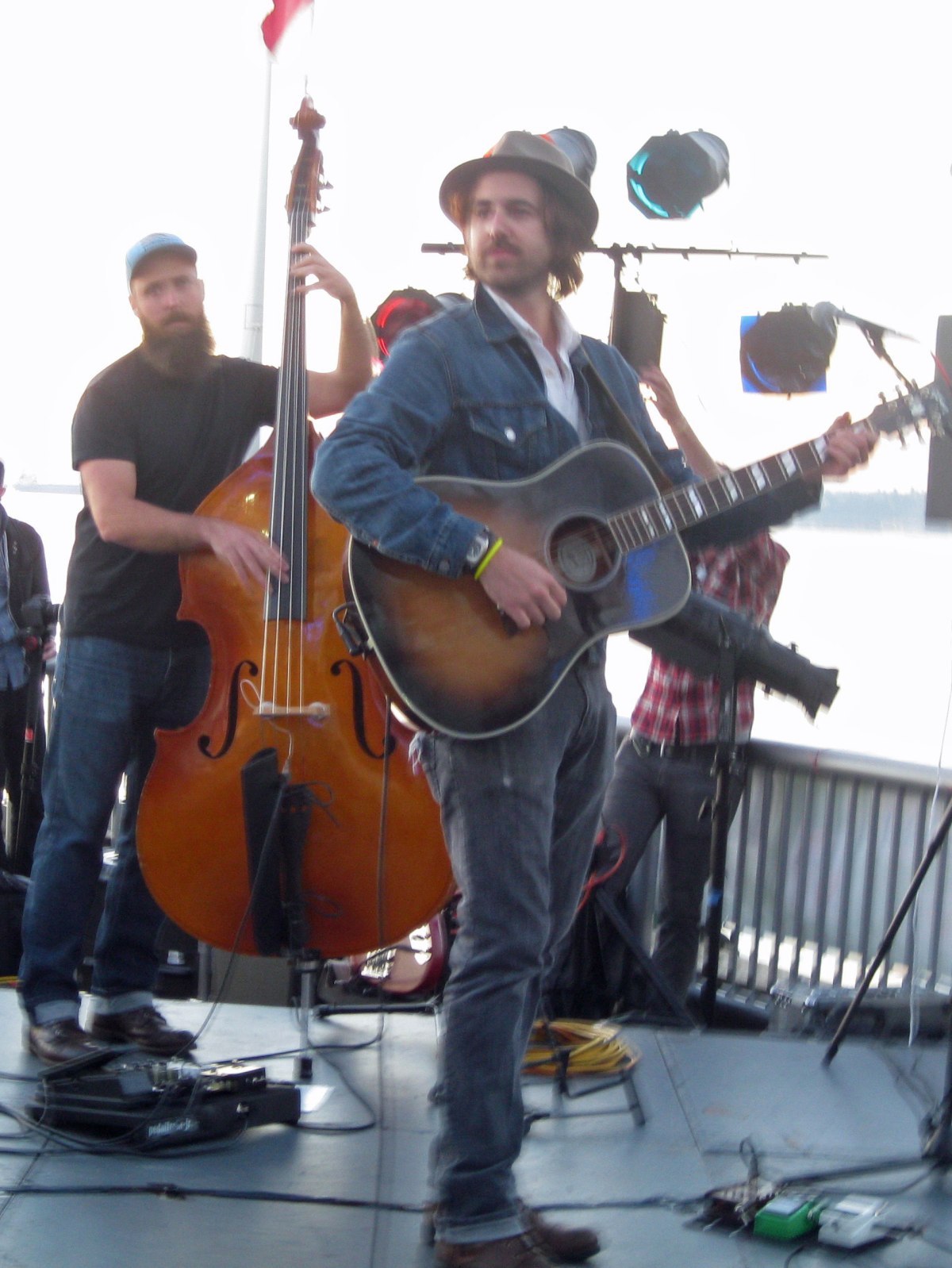 Seattle-based Vaudeville Etiquette will perform live in the KAOS studio tomorrow during my radio show.  While a departure from my usual “Music of New Orleans” format, it will be worthwhile. I guarantee it.

I’ve been wanting Vaudeville Etiquetee (VE) to play in Olympia for some time. They offer an energetic performance style and an awesome repertoire that includes songs from last year’s debut album. Debutantes & Dealers has received positive and broad acceptance from American Songwriter to Northwest Music Scene to USA Today.

I stumbled onto VE  about this time last year at the Old Schoolhouse Brewery  in Winthrop. There was standing room only with barely any breathing space between musician and listener. I was immediately struck by the powerful drummer, the slick pedal steel, harmonizing vocals and the aura of frivolity the five musicians projected. This band was having fun and so was everyone else in the pub.

We came late and the band had worked through most of its original music so for the next set, they played what seemed to be the entire Rumours album by Fleetwood Mac. I can only say you had to have been there. It was a hoot. I’ve since caught them twice live in Seattle, confirming  and exceeding my original impression of their talent.

I’ve heard VE described different ways: folk-rock, alternative country, neo-folk.  My favorite description is by CMJ.com writers who after noticing the frequent play of Debutantes & Dealers on KAOS, highlighted the band on its website with this: “Ragtag, boot-stompin folk and swaying ballads . . Floating harmonies sing romantic tales to the backdrop of country western, gospel and banjo-pluckin’ folk.”  Yea, what they said.

Tomorrow morning, these ragtag boot-stomping good folks will be getting up early, even for non-musicians, to drive from Astoria (where they’re playing tonight) to the KAOS studio in Olympia. I hope to get them on the air by 11 a.m.  I hope you can tune in for them.

Host of Sweeney's Gumbo YaYa - a two-hour radio show that featured the music of New Orleans. It aired from September 2014 through March 2022, broadcast live on KAOS in Olympia and as a recording KMRE Bellingham and some Pacifica Network stations. Maintaining blog for a while longer. View all posts by Tim Sweeney