I love birthdays and so it was no surprise that I thoroughly enjoyed myself on today’s Anniversary show. I hope you enjoy listening to it. (Go ahead and click the arrow right below and get it started) 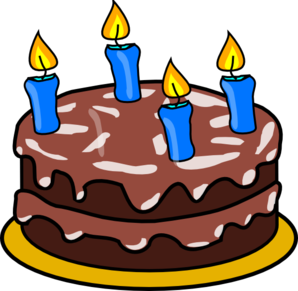 Marcia Ball’s “The Party’s Still Going On,” which kicked off the show, totally fit my mood. In September of 2014 when the first Gumbo YaYa was recorded, I  was a little nervous about how long I’d be able to sustain a show, aired in the Pacific Northwest, of strictly New Orleans music. After all, the KAOS air studio is more than 2,720 miles from Frenchmen Street).

But with the help and kindness of New Orleans musicians, music distributors and labels ike Basin Street Records, I’ve been getting some current music.   I’m surprised how much variety the New Orleans format offers.  And what particularly amazes me is how much I’ve learned in the last four years.  (Several trips to New Orleans have helped — I like this hobby!).

On my bucket list for my next New Orleans visit is catching Lena Prima and her talented band in the Carousel Room of the Monteleone Hotel. Yes, its a total tourist thing but damn she does a great job, backed up by her band led by husband and bass player Tim Fahey.  Early in today’s show, she pulls off a bit of a medley that starts as you might expect, then gets you and your body moving (guaranteed) by the end.

Got a phone call from a listener when I played The Wild Magnolia’s “Coochie Molly” a rocking song (thank you June Yamagishi on guitar) that dovetailed nicely in to the next track, the New Orleans Nightcrawlers live version of “Tchfuncta/On that Day.”  That set finishes with Galactic’s “Wild Man” with chanting by Big Chief Bo Dollis. In fact, all three songs in that set feature chanting by Mardi Gras Indian Big Chiefs.

Another Big Chief performs later in the show but only on the saxophone — Donald Harrison Jr. backs up Davell Crawford in “River/White Socks & Drawers.” When he’s not playing jazz saxophone, Big Chief Donald Harrison Jr. is working on his next Mardi Gras suit. Oh, and before I forget, Dr. John and Big Freedia do some vocals on that Crawford song.

The show also features an in-studio performance (recorded earlier this summer) of “”Kibi” by Helen Gillet.  I have other surprises, including a 12-minute live version of the oft-covered “Big Chief.” Thanks so much for putting up with these posts and shows for four years. As long as you don’t complain to management, I’m committed to ensuring that “The Party’s Still Going On,”