If you long for LPs then this week’s show is for you. Over an hour of vinyl New Orleans music is waiting to be heard, just click the application below and get it spinning. 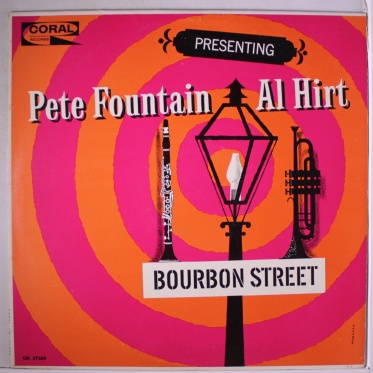 I still own the first CD player I bought for my stereo.  And I love it.  I love the ease of playing CDs. I love being able to quickly find the track I want to hear. I like being able to repeat tracks. I love how clean the sound is.  I really don’t miss vinyl.

Yet, I still buy LPs.  And you’ll hear some of them on this show, including Pete Fountain, Professor Longhair, Al Hirt, Willie Humphrey, Preservation Hall Jazz Band, Beausoleil,  Bunk Johnson, Louis Armstrong, Huey “Piano” Smith and John Mooney.  Nothing like playing a continuous stream of LPs to appreciate the work of DJs before the digital era. It really is a lot more effort playing off of turntables.

But aside from the crackling of the needle contacting the surface, I really can’t tell the difference in the sound.  Perhaps you will.

Also, on today’s show, I honor Eddie Bo’s birth anniversary.  Noted perhaps mostly for his funk, Edwin Bocage was a piano player skilled in jazz and other music genre as well. He was also a talented builder, who even in his mid-70’s was active in rebuilding his home damaged by Hurricane Katrina.  I play a couple of his lesser known numbers in today’s show along with a couple of new releases by Eric Lindell and Keith Stone along with a handful of contemporary female New Orleans artists to offer some gender balance wrapped in very fine music.  Thanks for tuning in.